Lauren commonly calls me “Mr. Mountain Energy”. I suppose it’s a fairly accurate nickname (just look at the majority of my blog entries). I guess my zeal has slowed a bit in the past year; maybe it’s the fact we have twins on the way, my current knee injury, or one particular day in the mountains last fall.

It’s commonly debated (depending on conditions) if Little Bear has the most difficult standard route on any fourteeners. The crux of the route is a section called the “Hour Glass”, that commonly features loose rock, water, & ice. We decided to completely bypass the “Hour Glass”, by taking the north west face. While the NW face probably has more sustained exposure/difficulty, we didn’t have to worry about people kicking rocks on us, etc. The NW face ended up being pretty fun, and was fairly easy to stay “on route”. 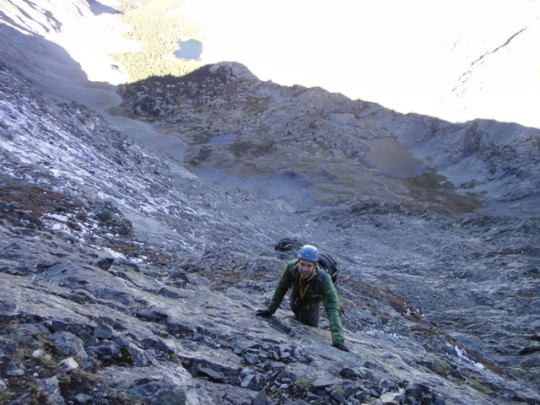 Kyle making his way up the NW face of Little Bear.

The traverse between Little Bear and Blanca is one of Colorado’s four great fourteener traverses. Some say it is the most difficult of the four. – Summitpost.org

Once on top of Little Bear, we looked across the ridge we would painstakingly traverse for the next five hours (people definitely do it faster). It was to be the most terrifying traverse I have done. If you don’t have experience with considerable exposure (Capitol Peak was easy comparatively), I would recommend getting some first. 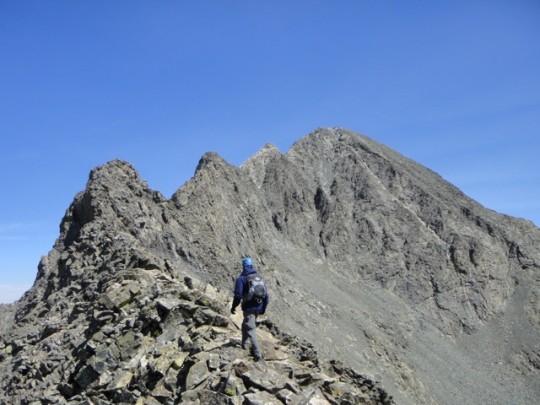 Kyle on a less dicey section of the ridge. 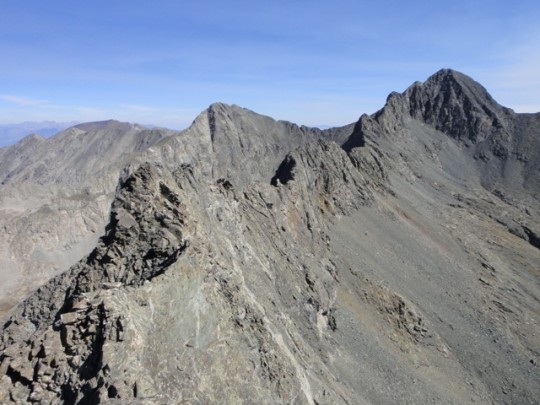 Most of the connecting ridge between Little Bear & Blanca. 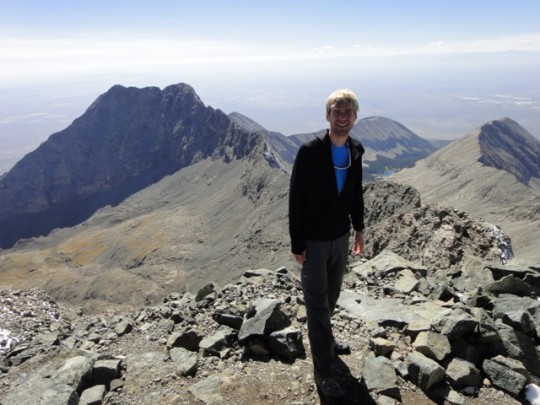 Little Bear & the ridge in the background. Taken from Ellingwood Pt.

Once on top of Blanca, we could head down or continue on to Ellingwood Pt. Bad decision #2â€¦we kept going. The traverse over to Ellingwood Pt. was much more docile, but we both had massive headaches from being at 13,000 ft. for so many hours.

Thanks to Kyle for the nice video!

17 hours later, we finally made it back down Lake Como Road (supposedly the most difficult 4×4 trail in Colorado) to our car.

It’s one of my few days in the mountains where I am unsure of my accomplishment, and really if it was enjoyable. Here are a couple tips if you go for it: