Some people don’t have the opportunity to have one good father on this earth. For the past eight plus years, I’ve been blessed to have two. Sadly, on Monday evening, June 24, 2013 Steve Temple lost his life to melanoma. 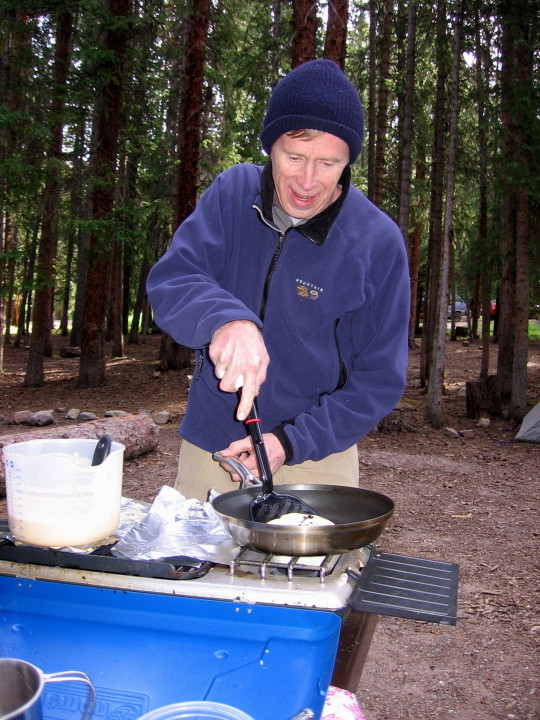 I can’t really remember the first time I met Steve (Mr. Temple at the time). It would have been in the summer of 2002 when Lauren and I started dating. Thankfully he wasn’t the type of guy who sat around and cleaned his guns when I came over. Even though he wasn’t intimidating in that way, his character demanded respect.

Steve was nice to me from the beginning, but I think I earned a place in his heart with my Â IT consulting at the Temple house. Lauren and I had been dating around three months before she went to Europe to study in the Fall of 2002. Even while she was gone, Steve and Mary Ruth would have me over for dinner, and they were so nice to me. The second thing that really made us click was finding out the we both changed the oil in our cars at home. Lauren’s car care quickly became part of my duty as the boyfriend.

Steve had many amazing qualities, but if I had to choose one word to describe him, it would be selflessness. He always put others before himself, especially Lauren and me on many occasions:

We had a lot of great times together. One of the best (and most uncomfortable) was asking permission to marry Lauren. We met up at Baja Burrito for lunch, and I barely touched my food (very unusual if you know me). He graciously said yes. Another awesome memory from 2009 was getting to climb Mt. Bierstadt, one of Colorado’s Fourteeners (14,000 ft mountain). At the time, Steve was in better shape than me, and I had trouble keeping up! It was awesome getting to enjoy that view with him, especially since Lauren and Mary Ruth had to head down a little earlier. 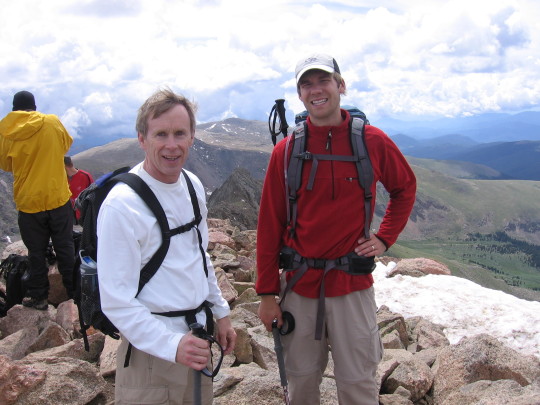 Steve, I love you. You were a great second father to me, and you would have been an awesome grandfather. Thanks for loving your family so much and pointing us to Christ. We’ll miss you, but we know you aren’t suffering now. Your legacy will live on.