Oh Cusco, the land of handicrafts. By the time we left, I thought I’d die if I was offered another handicraft (I’ll have a picture of handicrafts in the next post).

We stayed at the Hotel Rumi Punku, which had nice rooms and a beautiful courtyard. With the exception of one weird interaction with a staff member regarding a dinner reservation, our stay there was great. We stayed before and after our visit to Machu Picchu, and they let us keep extra luggage there as well as pay for both stays at the end. 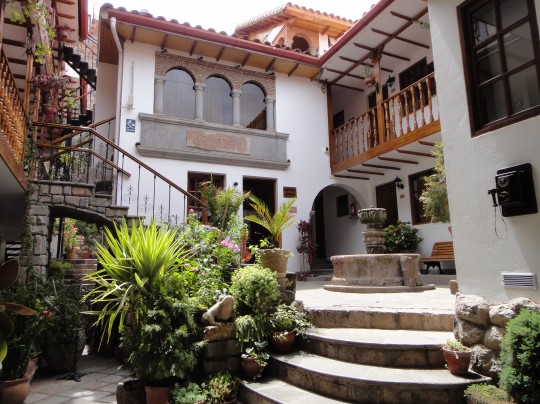 While in Cusco, we inquired about a city tour and took the one our hotel recommended. We had a fabulous tour guide and really enjoyed it. The tour was a great way to get slightly outside the city easily to see sites such as SacsayhuamÃ¡n.

We started in the city center at the Cusco Cathedral (you can’t take pictures inside): 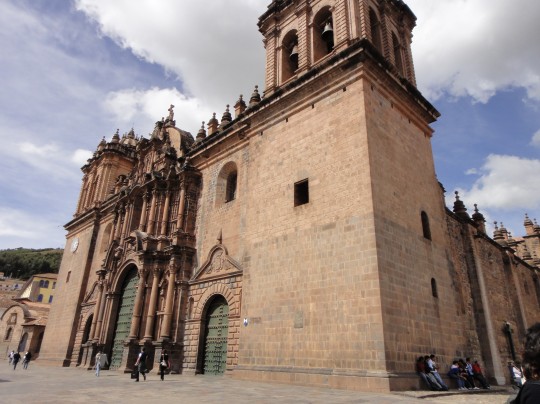 Next, we walked to the Qorikancha, a temple from the Inca Empire. Inca construction is full of super smooth, perfectly interlocking stones, as seen below at the Temple of the Sun, the most important place in the Qorikancha. 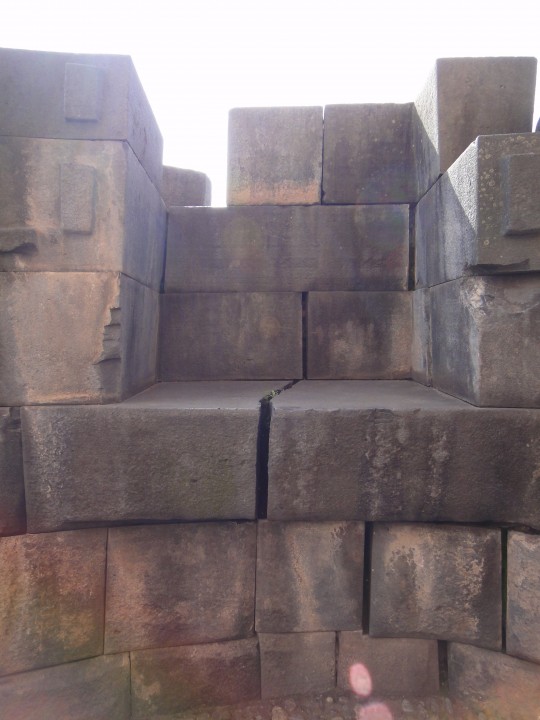 We then moved to the outskirts of the city to see SacsayhuamÃ¡n, the former capital of the Inca empire, which featured more amazing stone work. 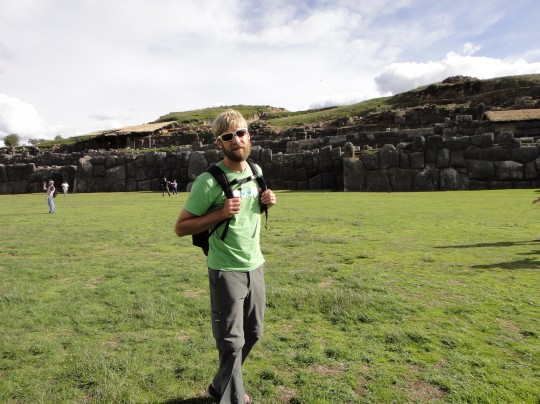 There was a beautiful overlook of Cusco at Sacsayhuaman: 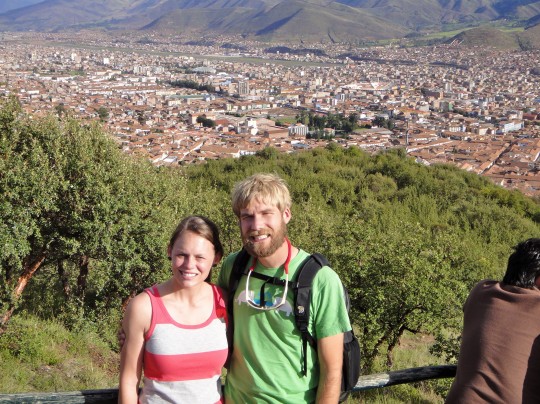 At Sacsayhuaman was a common site – woman with llama dressed in traditional costume who asks you for $5 after you take your picture with her. We knew this and captured this picture from far away. I fully intended to go for it and pay for a picture at some point, but we somehow never got around to it. 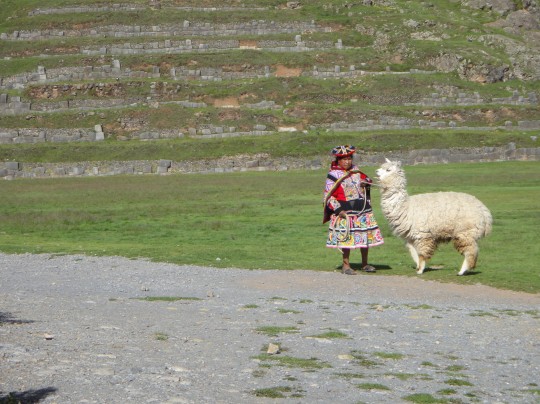 We continued on to Qenqo, Tambomachay, and Pukapukara. While at Pukapukara, I snagged some “cholo con queso” which is an ear of huge-kerneled corn with a piece of cheese. It seems to be a popular street food, so we went for it. Mmm… 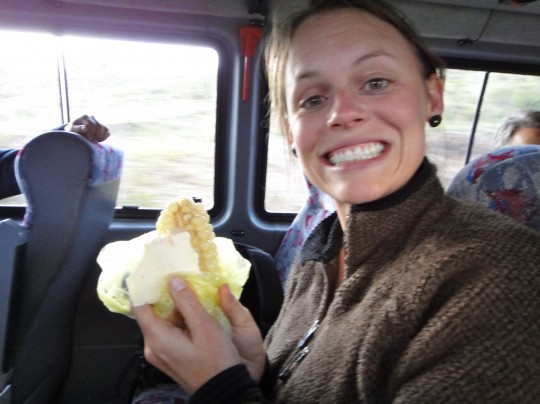 Finally we ended the tour at an expensive shop featuring alpaca fur items.