While in Cusco, we took a tour of the Sacred Valley to see more Inca sites. Unfortunately our tour guide was absolutely horrible, making the day long and miserable. Luckily the price was worth the bus trip alone, as it would be extremely difficult to see all these sites without an organized tour.

We began the day at a tourist-trap handicraft market featuring fake alpaca items among other things. We then moved to the Pisaq ruins, which featured terraces formerly used for farming, hillside tombs that had been unfortunately raided, and village ruins. 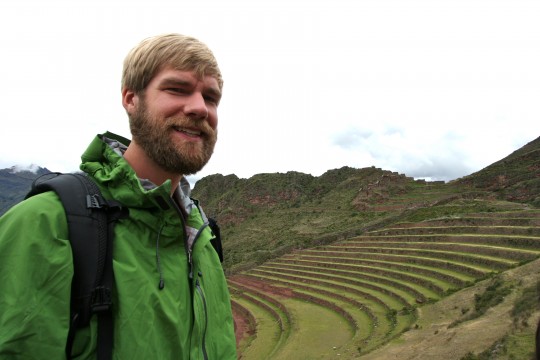 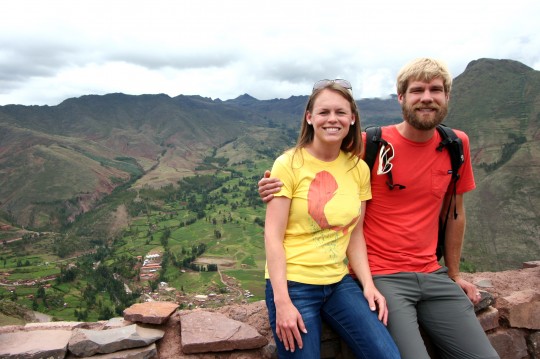 Below the ruins is the current village of Pisaq which has a regionally famous market (especially with tourists from Cusco). It was raining the day we went, but we were able to see most of it anyway. The picture below is an example of the ubiquitous handicraft stall, found literally everywhere in Cusco, the Sacred Valley, and Aguas Calientes. 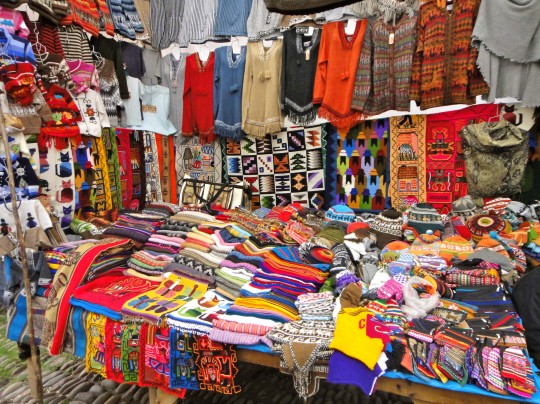 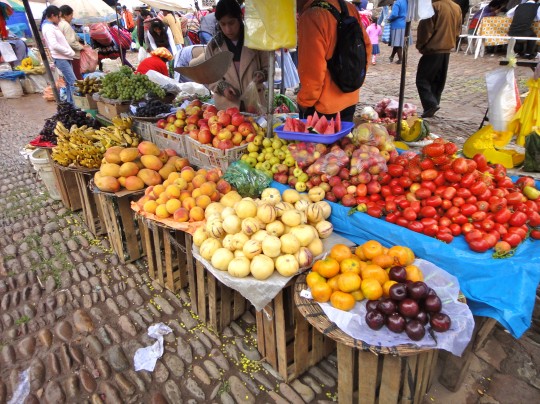 This lady is in her regular clothes, as far as we know. This isn’t the pay for picture costume! 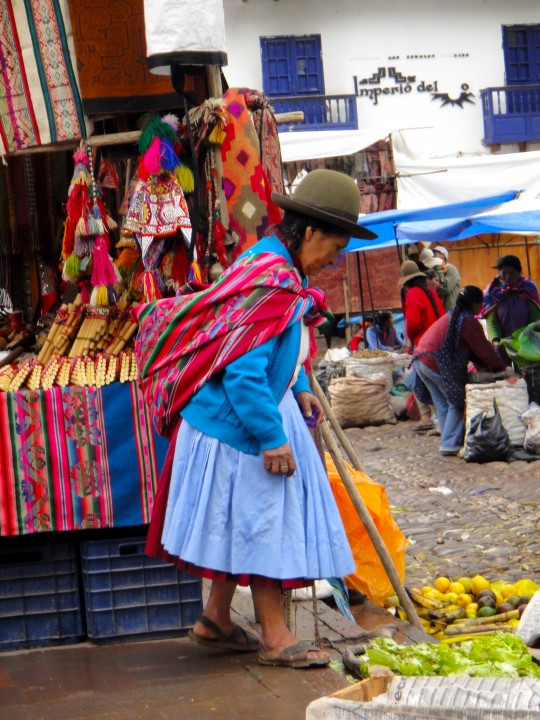 We then went to lunch at a place that had a buffet, tons of tourists, and the animals below. It was a strange and beautiful place, but it provided a much-needed break from our tour guide. 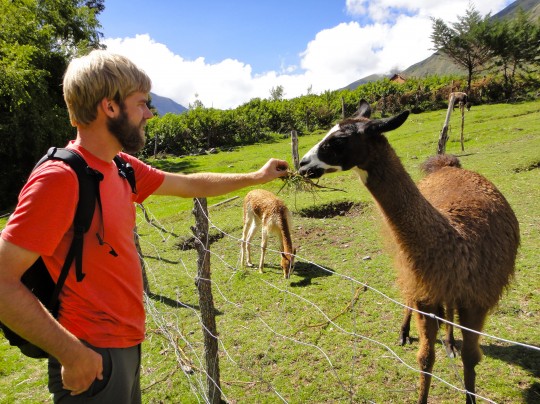 After lunch, we traveled on to Ollantaytambo, another Inca town, where our guide proceeded to over-pronounce the name dozens of times, just to make sure we knew what it was called. To add insult to injury, at this site we couldn’t help our longing as we were near the great tour guide we had the day before while he led a Spanish-speaking group this day. I do think the ruins at Ollantaytambo were the most interesting on on the tour. 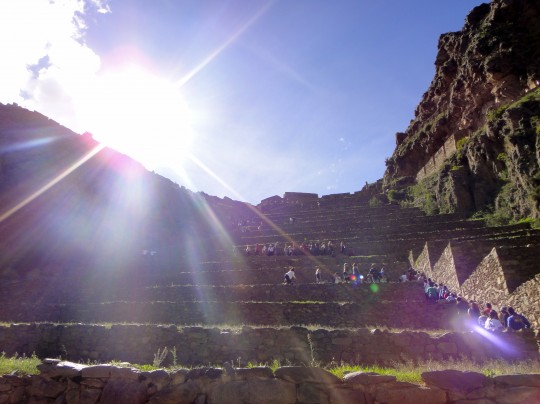 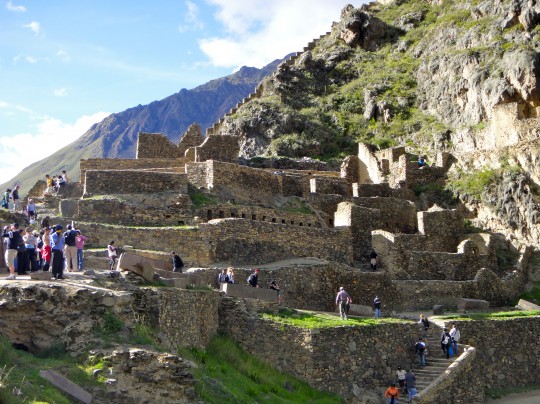 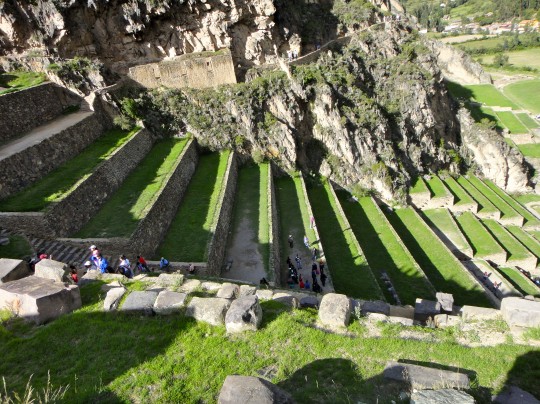 We finished our tour in Chinchero, where we watched a demonstration by girls in traditional costume about how to dye wool. I bought a scarf at their dimly lit market after they made such a big deal about everything being alpaca. When I got it out later, in full light, I noticed the telltale shiny threads of acrylic. At least I wondered how they could sell it for a good price if it was really alpaca! 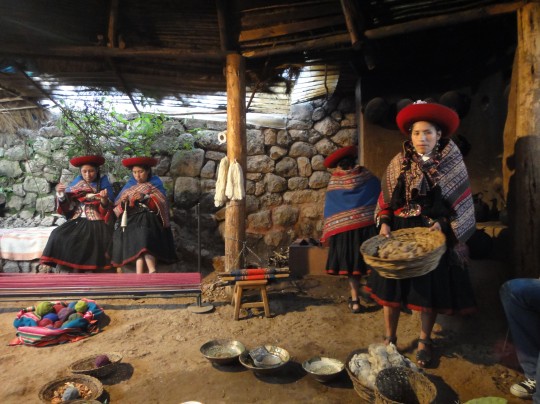