After a money-saving but sleepless night in the Punta Arenas airport, we began our journey to Peru. We flew from P.A. to Santiago, touching down in Puerto Montt along the way. As we flew, we saw many volcanoes out the plane window! We then flew from Santiago to Lima. The flight arrives too late in Lima to fly to Cusco, so we had to wait a night.

We were swindled into a rip-off taxi and made our way to the only reasonable hotel we could find that wasn’t an hour away from the airport. The taxi driver made the trip take much longer than necessary, with his “value-added” site-seeing. As we drove, I was alarmed at the fumes coming in the car. Apparently Lima has the worst pollution of the South American capitals, and I developed a lovely case of bronchitis that day that would linger through the rest of our trip.

We finally arrived at a special place, the Hotel Gran Mundo. Through an adjoining door to the right was a casino. Through an adjoining door to the left was a Chinese/Peruvian restaurant. We ate there, as it was the only place around, but the experience was much more memorable than the food. I found out later that “chifa” is a style of food that is a mix of Chinese and Peruvian, a relic of immigration from 100 years ago resulting from the lack of availability of Chinese ingredients in Peru.

Thus began our time in Peru, followed by a flight the next morning to Cusco. 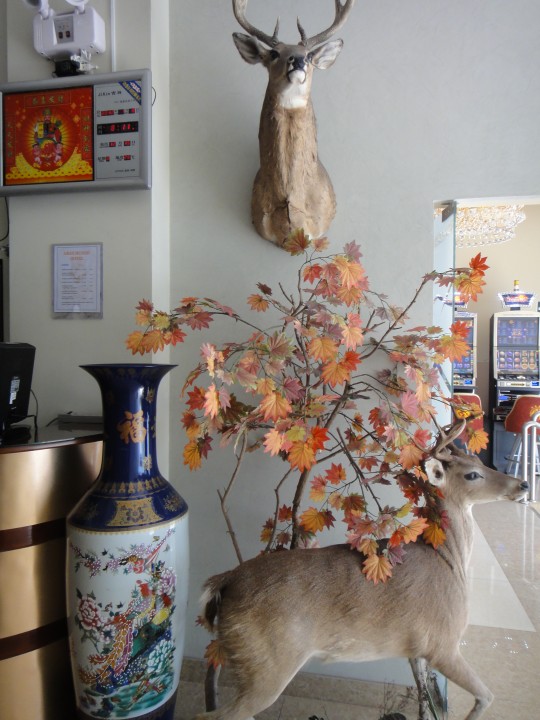