We slept alright considering the outrageous winds, but we wanted to get an early start. We headed out towards the east entrance of the canyon, making a couple of stops along the way. We hit Grandview Point: 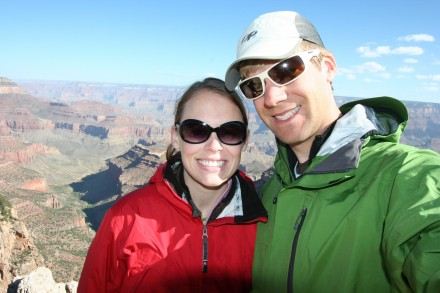 and Lipan Point, which was the worst wind we encountered. I’d say we were out of the car for approximately one minute. 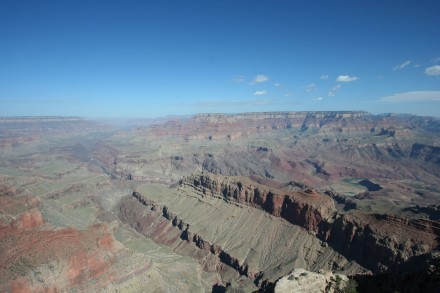 This was our final view of the South Rim. Although the canyon is only about 10 miles across, it is over 200 miles driving from rim to rim. So we began our 4+ hour journey to the North Rim. We weren’t hiking to the bottom of the canyon on such a short trip, but we wanted to hike down a little ways. We decided on the North Kaibab Trail, which is similar to Bright Angel Trail on the South Rim if you’re familiar with it. Here’s Joel (slightly distorted) at the Coconino Overlook on the trail. 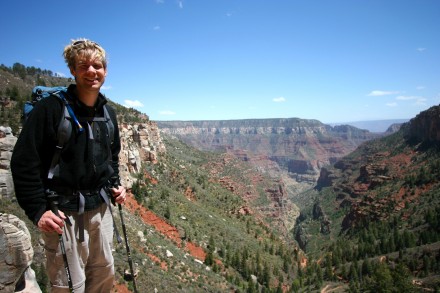 We then headed to Bright Angel Point for a classic North Rim view…and some more wind. 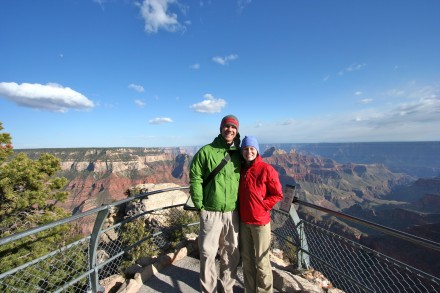 During this trip, we decided to take full advantage of the phrase “car camping” by spending copious amounts of time in our car rather than utilizing the picnic tables at our campsites. Why, you may ask? I’ll give you one guess. Did you guess wind? Good job. We resorted to eating cold smores in the car, because the first night we attempted a campfire, but it was fairly disastrous. In addition to campfires in extreme wind, cold smores are also not recommended. 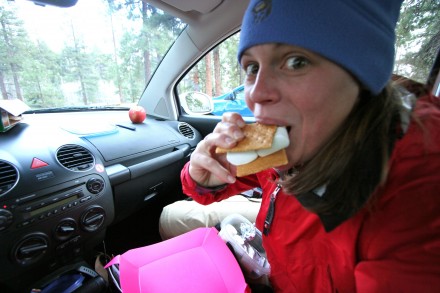 Stay tuned for the next morning’s surprise. Or you can find out by looking at our pictures here.