Mountaineering, you know…the real deal with ice axes and crampons has always intrigued me. Back in April, Lauren was at the beach with some friends, and I “somehow” ended up at the REI garage sale. I didn’t really need anything, but it didn’t hurt to wander through the deals. And there they were, a couple pairs of old rental crampons for $30 a pair. Sold!

When Lauren returned from the beach, I tried to tell her that the crampons were part of her birthday present. That went over well. 🙂

Even though she wasn’t super excited about the idea, Lauren graciously agreed to climb Cristo CouloirÂ with me. Cristo Couloir is a snow climb on Quandary Peak (Lauren’s first 14er when we moved here). We had record or near record snowfall this winter, so there was still plenty of snow, even on June 17th. We tried for a super early start to avoid soft snow conditions once the sun was on the route. Fog, rain, and snow prevented a really early start. With partly cloudy skies, we got started around 6:30 AM. The conditions were great, and we made it up in just under four hours. 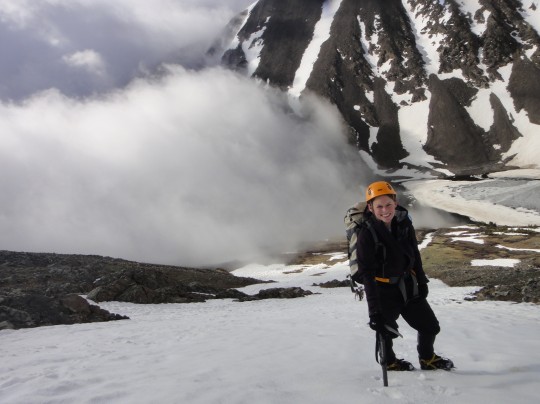 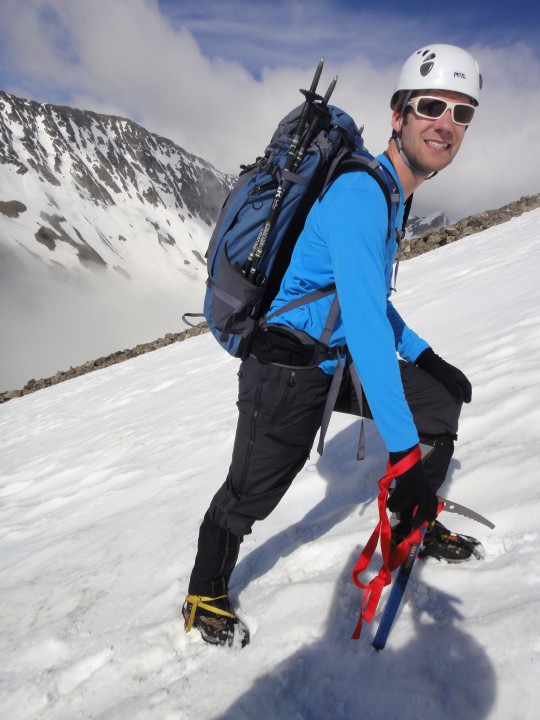 Lauren motoring ahead of me. I’m the one that runs and she was kicking my butt! 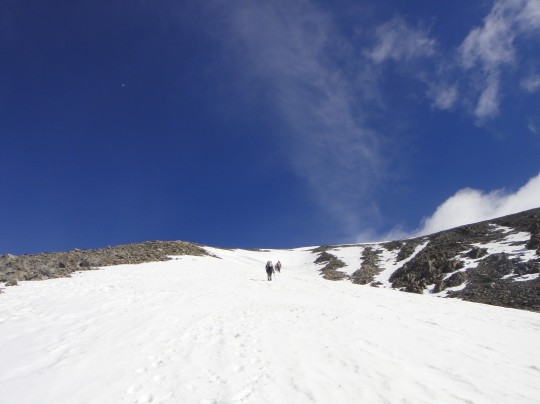 On top! 4 hours up and 1 hour down. Glissading down was a rush. Check out this video (not us in the video) if you don’t know what glissading is. 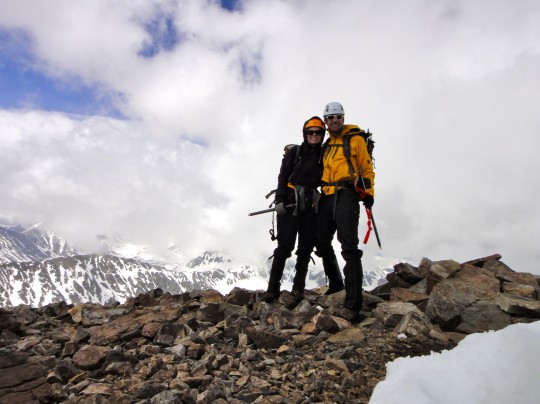 Just as we were finishing, we saw this fox! Look closely and you’ll see that it started snowing again. We had a perfect weather window. 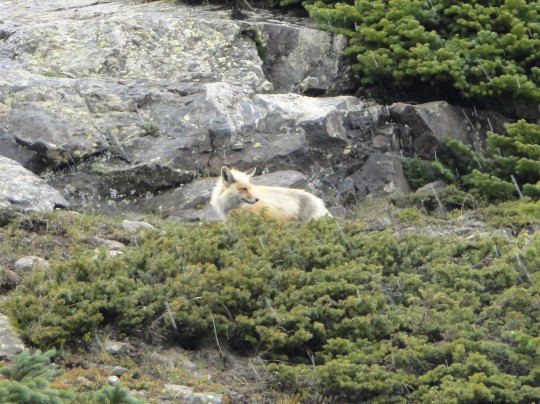