This one shall contain a non-gardening update.

Here are last night’s tomatoes. The cherry tomatoes, although out of focus, are doing great obviously. However, if I could figure out what to do about the crazy splits in my big tomatoes, I would be so happy! We had the same problem last year. I’ve read it’s due to uneven watering, but we have a soaker hose on a timer, so I don’t know how you could possibly water more evenly. Our neighbor said hers are doing the same thing. 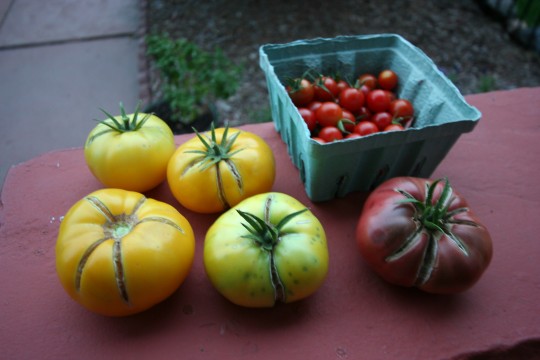 Our neighbor dropped off a big green cucumber last week, so I sliced it and one of our big white ones and made refrigerator pickles. It is SO easy! All you do is put the slices in a jar, heat up your solution (mine was sugar, AC vinegar, salt, and celery seed), and pour it in the jar. 24 hours later, you have pickles! (the left jar was with AC vinegar, the right with white) 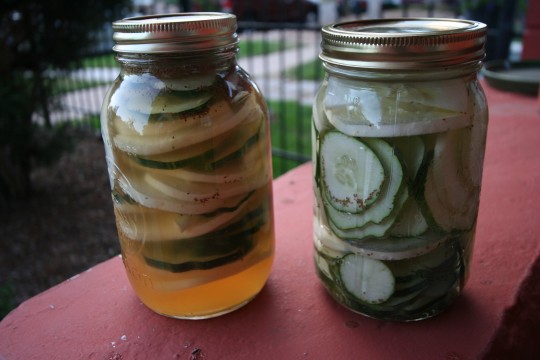 I believe the first Christmas we were married, my brother gave us a kitchen torch. He and his friends had been using one in the dorm to make smores! We did that a few times, but we haven’t used it too much. I had been wanting to try creme brulee and put the torch to the test, so I finally got around to it. It was a success. A very rich success. 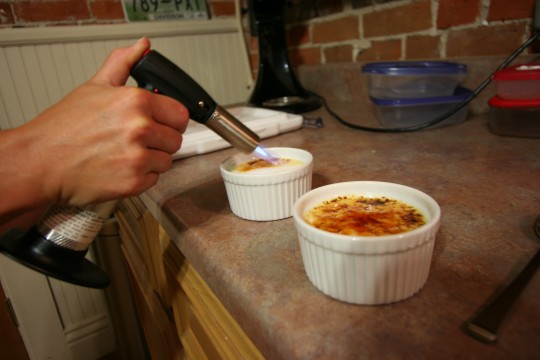