Oh yes it is. For part of the 4th of July weekend, we went camping with our friends Kyle and Stephanie in the Independence Pass area outside of Aspen. It is SO pretty. I guess we understand why it is insanely expensive to live there. We camped at the Weller campground, and our tent was nestled among a huge grove of aspen trees. 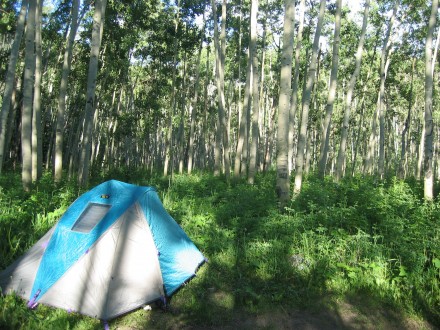 Joel and I headed out after work on Thursday, so we had some time to kill before Kyle and Stephanie arrived on Friday. Joel wanted to drive up to the trailhead of Capitol Peak. He and his friend Jason were forced off of it due to weather several years ago, and Joel is determined to avenge his loss. He has decided that we will return here in August, backpack in some amount of miles that is farther than I would like to go, camp, and then summit the mountain. We shall see. Anyway, it is really beautiful at the trailhead. Capitol Peak is on the left: 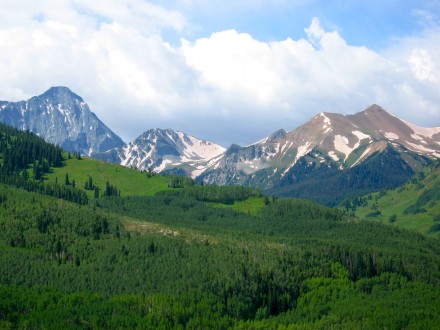 Here’s a picture of more beautiful aspens on the drive to the trailhead: 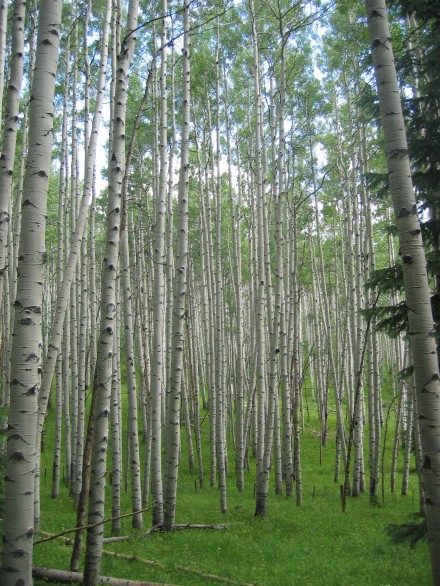 Our friends arrived later that day, and we drove to the Maroon Bells area. They said it’s the most photographed spot in Colorado. I think I can see why. We also hiked up to Crater Lake for a closer view of the mountains. 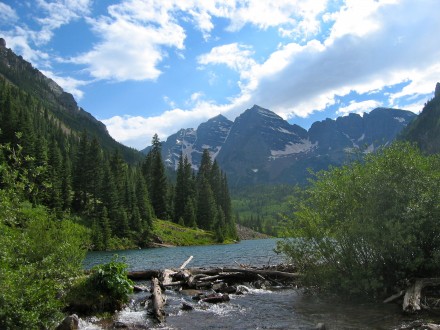 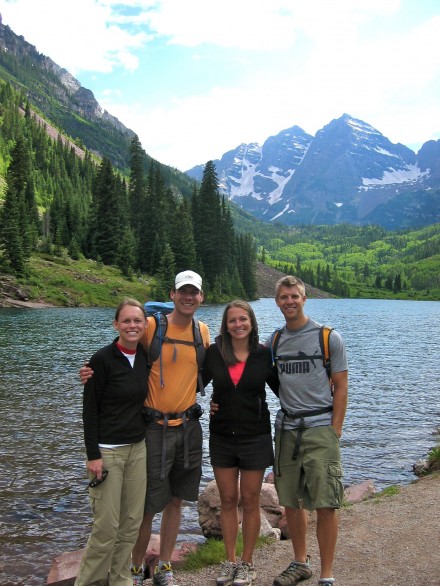 Here’s a picture of what is, if you’re looking at the picture above, to the right of the Maroon Bells. 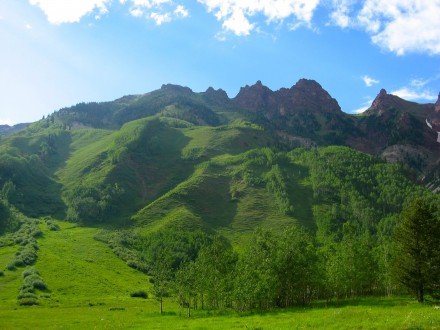 Beginning with our trip up Torrey’s Peak, we have had camera drama. This is with our 2003-model point-and-shoot, and we think it’s finally biting the dust. We’ve missed several memorable occasions now, so I think it’s about time for a new one. This camera apparently hates altitude in its old age. Luckily on this trip, Kyle and Stephanie had their camera to capture the sights. Here’s a pic Steph snapped of us making dinner. 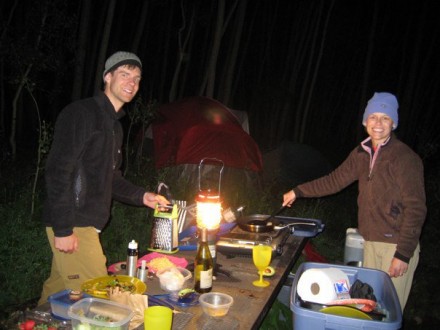 Joel’s and Kyle’s faces were too funny to not post this one: 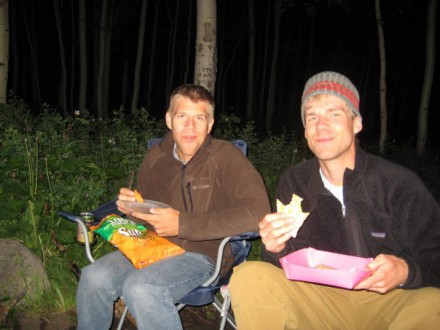 We had a much-needed face-washing session on Saturday morning…we had some nasty hair, but Joel had a particularly beautiful style. 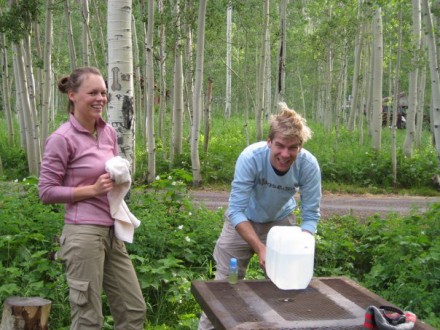 Our final activity was a strenuous hike to Cathedral Lake. It was beautiful, but I was huffing and puffing big time (of course)! 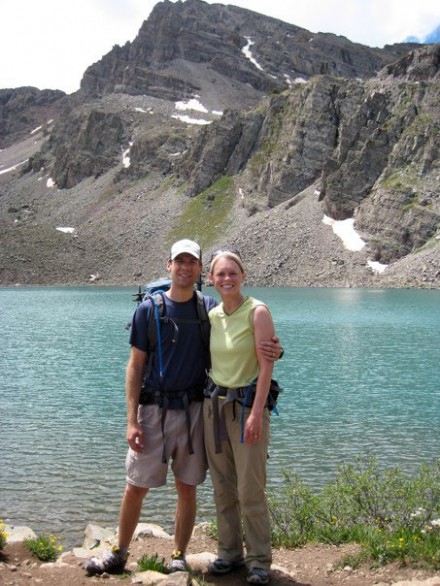