I should start by explaining Couchsurfing, as it comes up twice on our trip. Our friends Joshua and Tiffany introduced us to the concept, and now we’re semi-pro. Really. Anyway, couchsurfing is a hospitality network where you can ask to stay with people while you’re traveling, and people can ask to stay with you while they’re traveling. Tenopardgyse . Don’t worry – you have a profile with pictures and info about you, and others write references for people, so it’s at least moderately safe.

We began our trip in Madrid, right in the middle of Spain, with our first experience as ‘surfers’ (we’ve been hosts once). 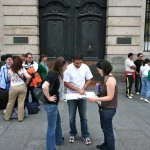 We couldn’t have asked for better hosts, as ours took us all around Madrid, showing us their favorite things, and we even went out for tapas together. 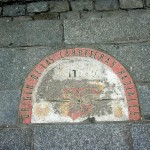 Here’s a picture of me with them as we perused the map at “kilÃ³metro cero” at Puerta del Sol, the point from which all distances in Spain are measured (this appeals to my nerdy side with my love of geography and maps). Other highlights included the Plaza Mayor, the city’s main square; the royal palace, El Rastro flea market, which made me very uncomfortable due to the moving crowds; Retiro Park; and the Almudena Cathedral, which oddly enough, wasn’t completed until 1993!

As for museums, we visited the Prado and the Reina Sofia. 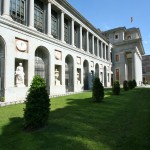 The Prado is huge, and due to our jet lag and foot fatigue, we did not really make the most of our time there. 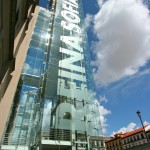 However, we visited the Reina Sofia museum the next day, and we really enjoyed it. It’s the modern art museum, so it had some more unusal things than what we’re typically used to. The most famous work in the museum is Picasso’s Guernica, which depcits the 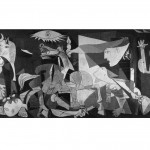 bombing of the town called Guernica during the Spanish Civil War in 1937. It’s become a famous symbol of peace, so it was cool to see (not cool were the loud masses of Spaniards and school children surrounding it!).

In closing, here are two observations about Madrid and/or Spain: They love ham. Seriously. They also like to eat really late and stay up really late, which actually worked fine with our vacation schedule.