History lesson: Why is Machu Picchu such a big deal? It’s a big deal because it was basically the only Inca site that wasn’t ever found/damaged by the Spanish and is therefore much more intact. It was “discovered” by non-locals in 1911, so they were wrapping up the 100 year anniversary while we were there.

We knew we’d get the best pictures if we took the first bus from Aguas Calientes to Machu Picchu in the morning, so we lined up in the rain at 5:30 to ride the 3.7 switchbacked miles up. Along the way, we passed several extremely miserable-looking people walking up. Although the walk is strenuous, it looked horrible in the rain. Several people tried in vain to flag down the bus, which seems to stop for no one.

When we arrived, hoping to grab that iconic postcard photo before the throngs of tourists descended into the ruins, we were disappointed to be able to see only part of the clouded site. 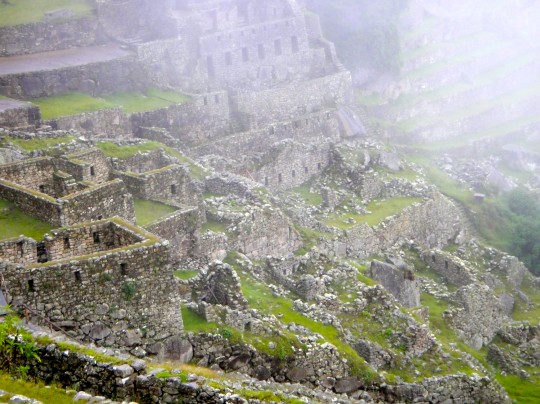 As we proceeded through the day, the fog gradually lifted, revealing the unbelievable sight before us. 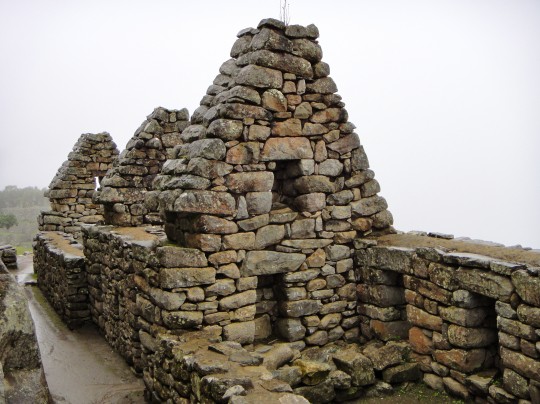 Temple of the Sun – look at that construction!: 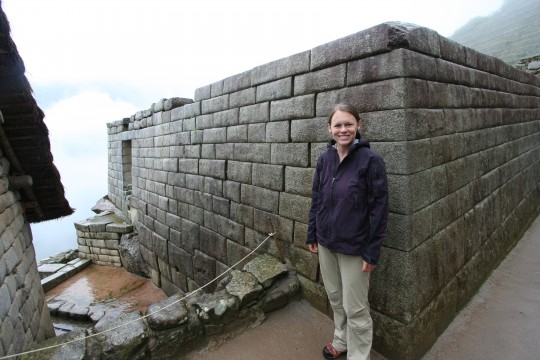 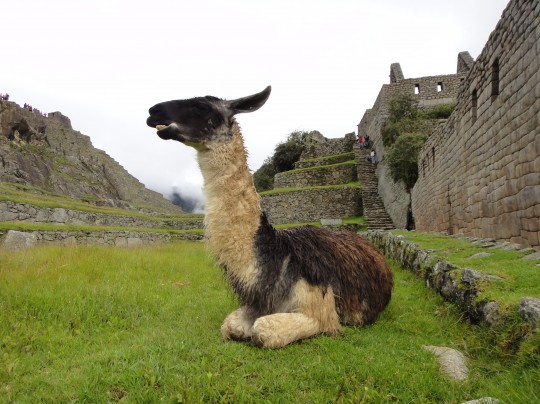 How did they move that huge rock?? 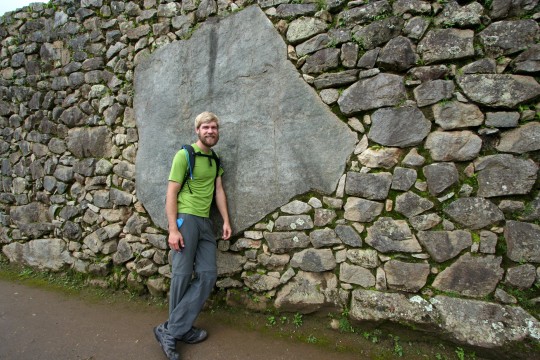 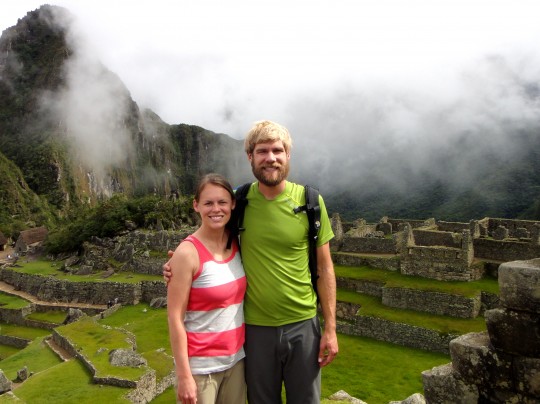 When we arrived in Aguas Calientes the day before, we went immediately to the ticket office to pay for our Machu Picchu reservations. Somehow, the man couldn’t find our reservations, which had included a hike up Huayna Picchu. We were SO thankful we weren’t there in the high season, because there is no way we would have gotten tickets. When we got a new reservation, we were unable to hike Huayna Picchu, but we did get tickets to hike up Cerro Machu Picchu, which has a view of Huayna Picchu. Cerro Machu Picchu is a hike straight up about a million stairs, which are actual stairs the Incas used to gain the top of the mountain. The bronchitis I mentioned in an earlier post made this hike very uncomfortable for me, but I finally finished. 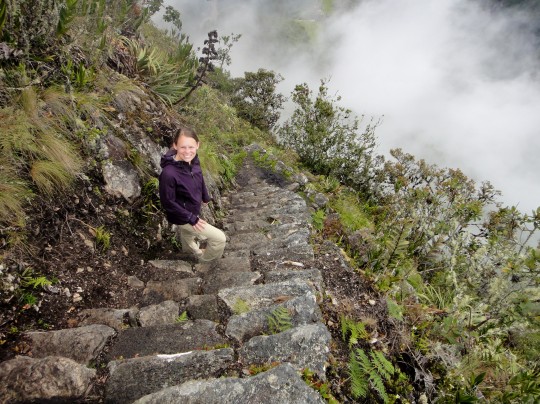 From the top, after I recovered enough to muster a smile. Look for tiny Machu Picchu down below. 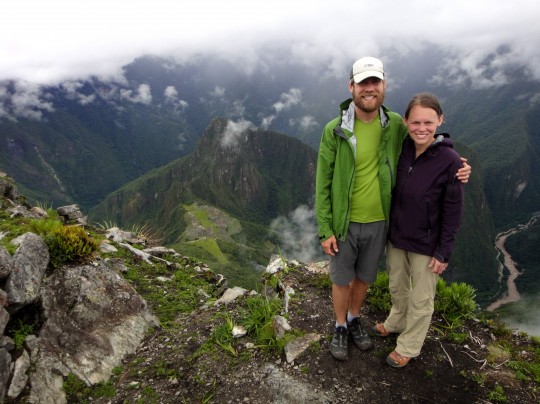 And finally, our most grand view of Machu Picchu: 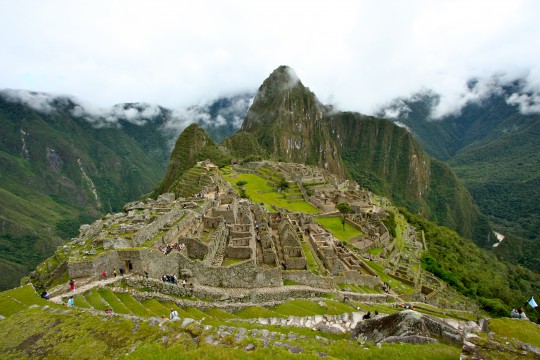