After visiting the Matterhorn during our 2007Â trip to Switzerland, there was no question about visiting Little Matterhorn in Rocky Mountain National Park when we found out about it in myÂ Colorado Scrambles: Climbs Beyond the Beaten Path book. 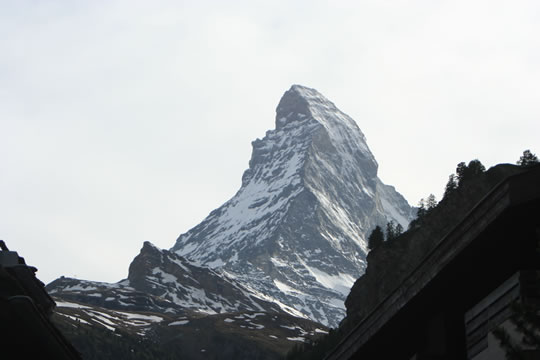 This time, we wouldn’t just see it, we would make the point to climb it! The hike starts out at the popular Bear Lake trailhead. Our guide book had us exiting the trail near Lake Helene to approach the mountain. We kept commenting that Little Mattherhorn looked nothing like the real deal…and from this approach, it really didn’t. 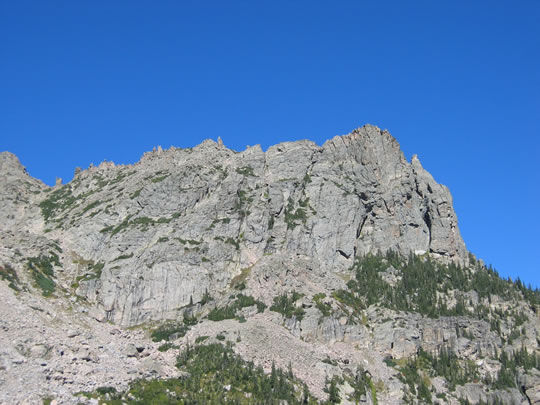 After boulder and talus hopping for a couple hours, we finally reached the third class ridge. 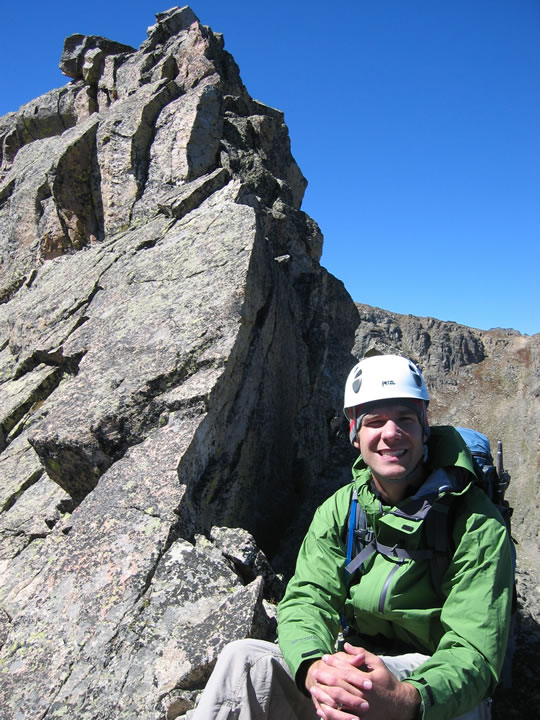 We were in complete solitude until we met up with a couple nice guys on the ridge. They were kind enough to snap a picture of us on their decent and email it to us! Thanks Dan! 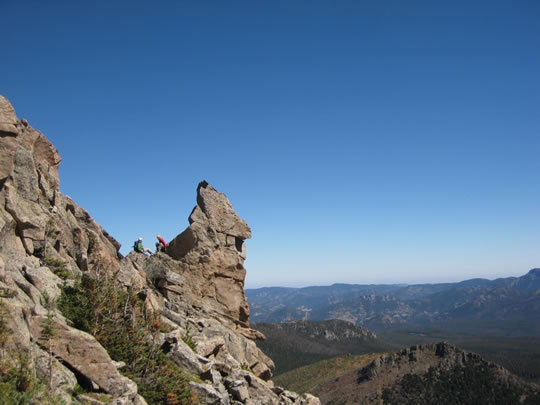 The ridge only took around thirty minutes in each direction. The summit is really just a big cairn at the end of the ridge. The most exciting part of the climb was a tight chimney (probably class 4) right before the summit. I don’t think Lauren was too excited! Note from Lauren: This was a fake smile because I had just gotten my leg stuck!

Happy on the summit! 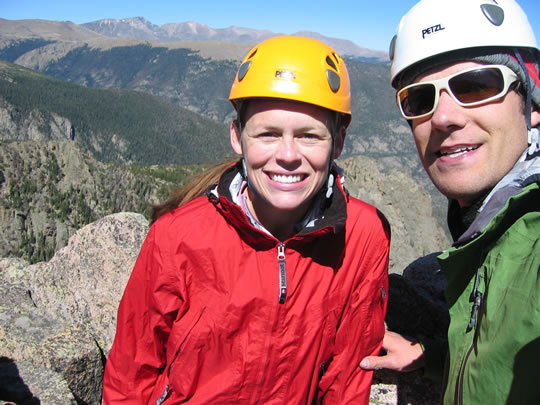 By the time we reached the parking lot, we had been hiking/climbing for 9+ hours! Thanks to my great wife for being a champ! We ended the day with some great thai food in Boulder and crashed when we got home.

P.S. After doing a little research, I found a picture of Little Matterhorn from Odessa Lake, and it looked much more like the real deal from that angle. Photo Credits: Andrew Mace on Flickr 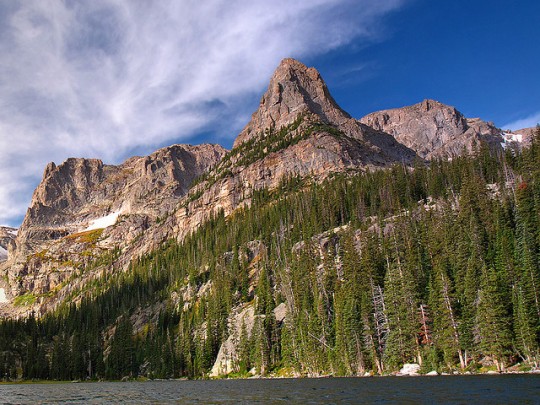