When we went to San Francisco the first time, we purposely skipped Alcatraz. Although we were obviously tourists, it just seemed too touristy. However, this time we read up, and Alcatraz was said to be worth it, even on the “Top 10 Things Not to Do in San Francisco” list. It was a good tour. I was more interested in the families that lived on the island than the prison/prisoners, but it was intriguing overall.

View of the island from the ferry: 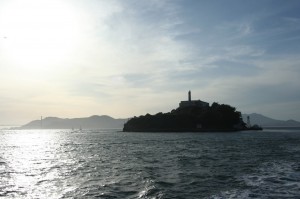 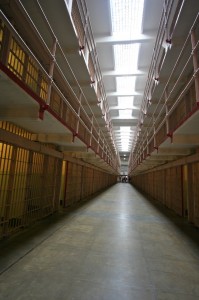 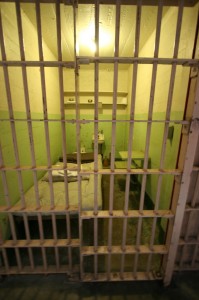 Us with the city in the background: 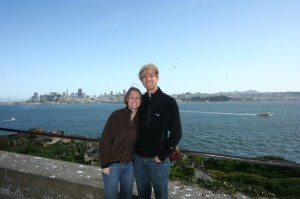 Ca-caw! There were seagulls everywhere: 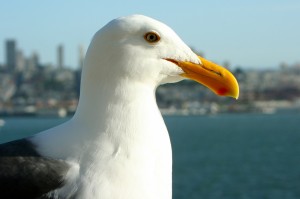 Surprisingly, there are a number of gardens on the island, maintained by volunteers. 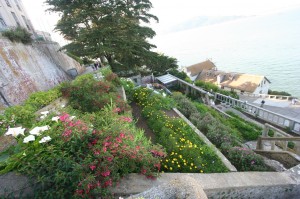 On the ferry ride back to the city: 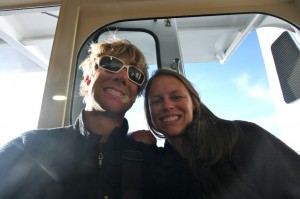 And finally, on the way back to our hotel, we ran into group of old Chinese men playing instruments. Most of them are playing traditional instruments (uncommon in America at least), but there was one guy playing cello and one on banjo. I love stuff like this! 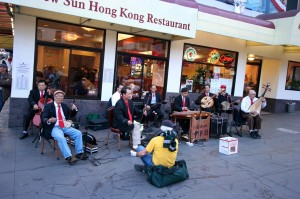 We finished the evening with a birthday dinner at Brindisi, an Italian place. It was in an alley, and it was funny to me: When we walked in the alley, I felt just like I was in Europe…in a touristy area where there are loads of outside tables and hosts beckoning you to their restaurant, but in Europe just the same. Here’s a picture from peter.l on flickr. 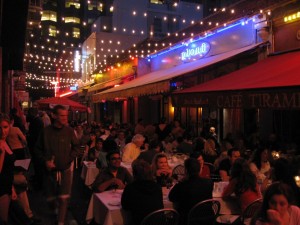